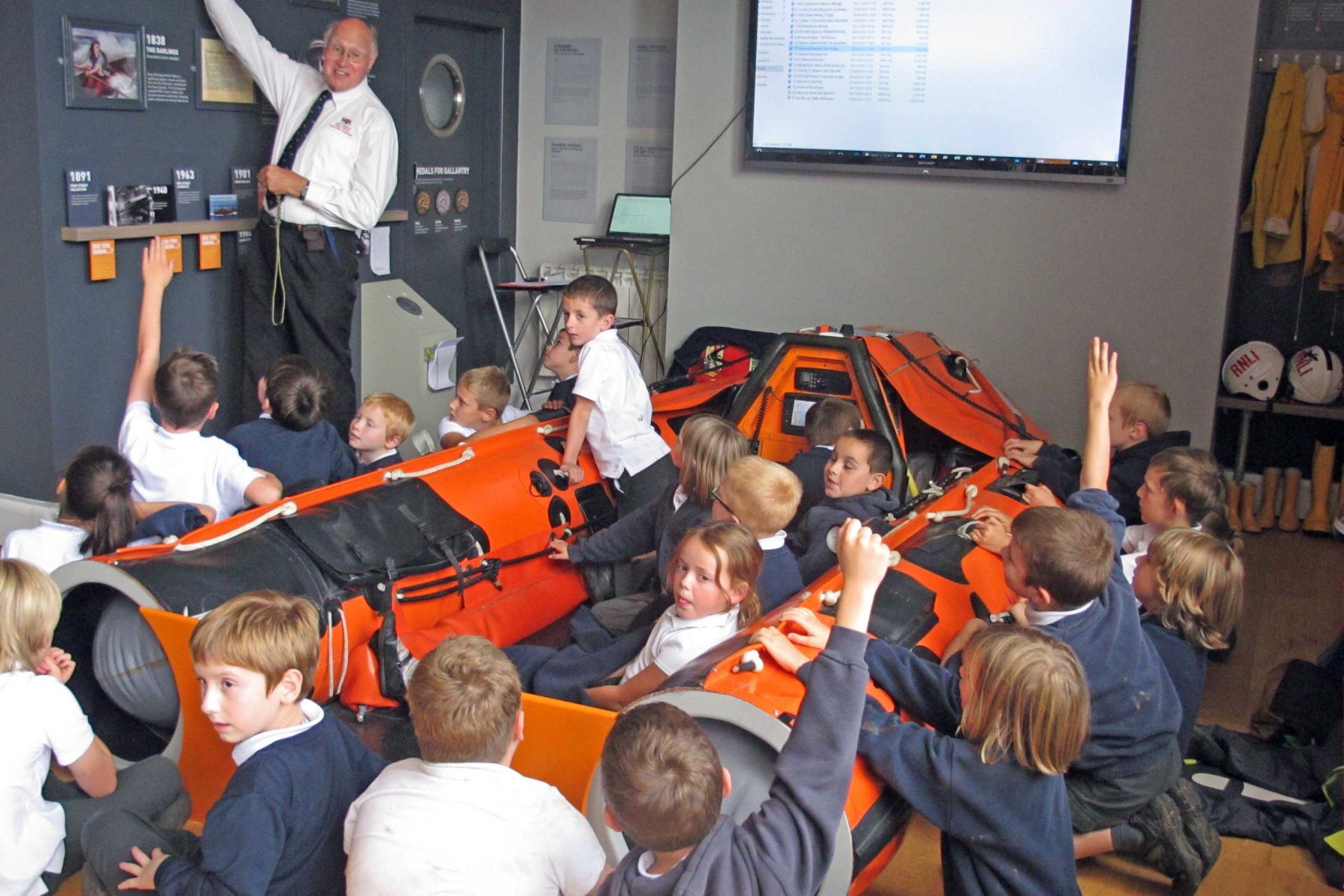 This Centre is the first of its kind for the RNLI and will inspire and engage current and future RNLI supporters for many years to come.

The aim of the RNLI has broadened beyond “Saving lives at Sea” and now the overarching theme is known as “Community lifesaving”. The RNLI plan to work together with local communities with its rescue services but also, by using education, supervision and support, to reduce deaths by drowning. It is this that is being piloted at the new Centre. The RNLI is trying to engage with the public and motivate them to be involved in a new way. In this Centre the story and aims of the RNLI will be told, as well as presenting the RNLI’s safety messages to all ages in an interactive way.

So far Kingswear Primary School has been the only school to have organised a full school visit to the Centre. It is planned to liaise with the teachers from our other local schools and to show them just what a useful educational resource the Centre has become.

Thursday 17 October 2019 was the day for Key stage II children from local primary schools to attend various workshops in Dartmouth, arranged by the Dartmouth Food Festival.
For the first time the RNLI were invited to teach the children about staying safe by the water and 79 children in eight groups were seen at the RNLI Visitor Centre.
The aim was to teach the children the RNLI’s four key safety messages when on or near the water.

“In an emergency dial 999 and ask for the coastguard” The lifeboat crew were called out after a 999 call and stayed in constant touch with the coastguard as the rescue unfolded. Three children acted the parts of the Lifeboat Crew in the D class lifeboat as helm, radio operator and lookout.
“Float if you fall in the water unexpectedly” The shore crew have to be careful not to fall off the slipway when launching the boat. If you do, float until you get your breath back.
Two children acted as the Shore Crew; tractor driver and traffic controller.
“Stop and think” The lifeguard group had to decide which flags to put up for the swimmers. Is it safe? Where are the dangers?
The role of the RNLI lifeguards was taken by three more children, complete with flags and dressing up clothes.
“Stay together” It was vital for the two children trapped by the tide to stay together and to support each other.
The remaining two children acted out the scenario and had ‘gone exploring and become trapped by the tide’.
All the children thoroughly enjoyed themselves and many planned to return and to use the dressing up clothes whilst their parents had a browse around the RNLI shop. The RNLI Visitor Centre is on the South Embankment between Rockfish and the Dartmouth Hospital.
John Fenton RNLI Dart Education volunteer. 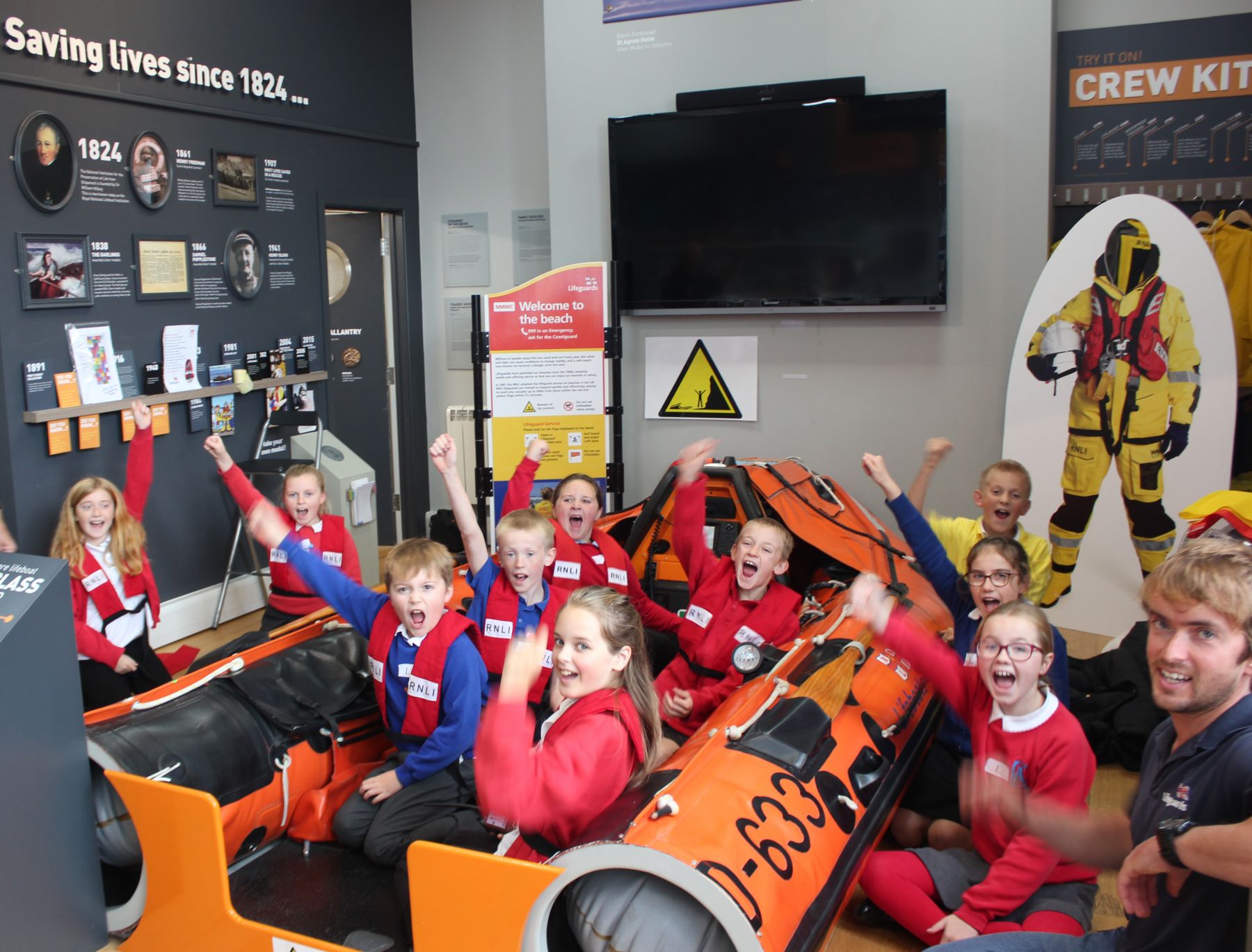 Due to Covid-19 the shop is currently closed. We will let you know when we will be re-opening as soon as we are able.